LiminalB Video Selection is composed by eight international artists who collaborate with LiminalB. The selection is about different variants of the limit and boundary matter, which investigation animate LiminalB’s beginnings. So, in a multidisciplinary approach, each video is about - and put face-to-face - different fields, and explore as multiple contemporary sensibilities and dichotomies melt each other.


LiminalB Video Selection is an itinerant project and was projected in contemporary video festivals and fairs of different countries: 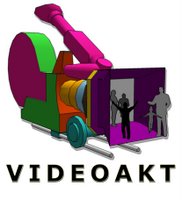 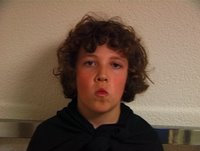 A child falls endless stairs carrying with him a log. Down the stairs he is transformed and possessed by a carillon music and he will dance till exhaustion. Quoting directly film references, fairytales, music video and personal mythology the video explores the category of banal to a border where it becomes a source of a fantastic and mysterious imagery. 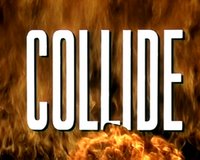 The video is a reflection on how fiction and reality merge. It tries to be the expression of some of our current nightmares or fears. It is also a metaphor about how the human knowledge is becoming more and more influenced by the media an television.

Two Italian policeman discover the ‘Westhoek’, crossing the border between Belgium and France, between French and Dutch speaking regions, several times, on foot and by car. The World seems simple and flan, open and happy. This small piece of land has a particular history, and his inhabitant relate with boundaries in a really special and own way. Therefore the concept of identity and his variants, takes a central place in this work…Is an unexpected that this journey ends in a love history out of space.

Lesson about the samurai's path from afterlife.

"What is logic, reason and true? What determines them? These are the starting points of the author’s research during his stay in Japan. In this video there are seven sequences that gather the loss of references and the madness of human condition.

The video shows images of a paradisiacal beach, converted to the information code (ASCII: American Standard Code for Information Interchange). It makes a reflection about the consume of fictitious realities, contrasting with the real model and its representation with the computer language. 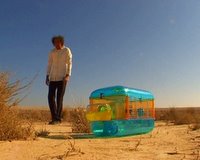 Orfeo arrives in a desert. In his internal exodus he is dragging a cart tied to him by hooks. The madness chases you, Orpheus, fallen astronaut. Ínodo is made using the technique of pixilation and was created after Círculo Virtuoso. Despite being independent, both videos dialogue and complement each other at symbolic level. 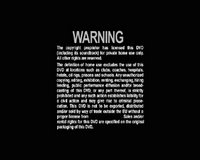 Warning is an ironic video. It brings over of the safety and the copyright in to industry of the cinema, raising the problematics of marketing and the illegal reproduction. This audio-visual one, has been realized with images extracted from a DVD, from movie, with all the notices of prohibition to the piracy in differents languages.